The Northern Nomad has come a long way. Here’s a brief history of the talented students who helped the project along, turning ambitious ideas into reality. 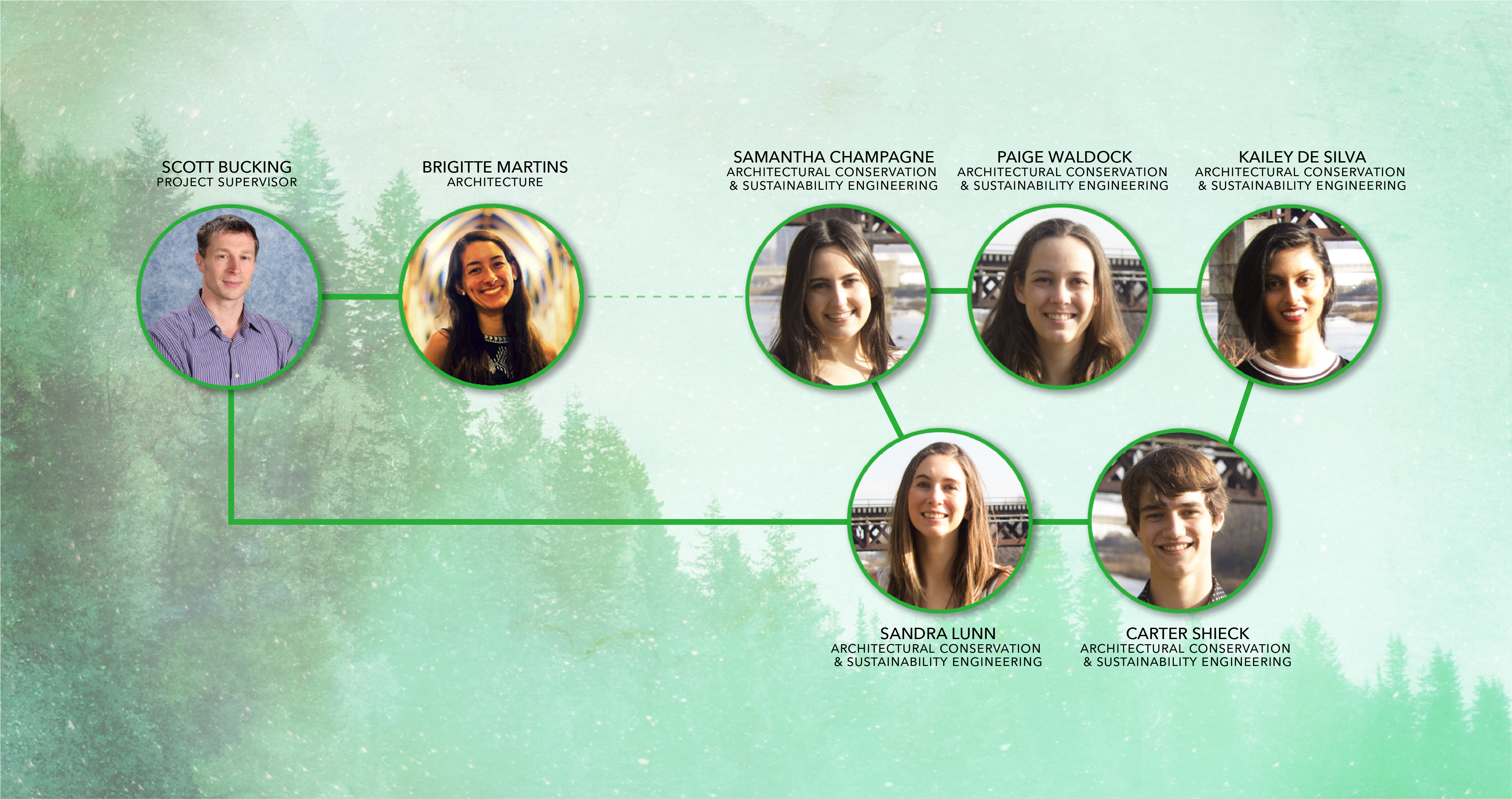 Summer 2016 – Winter 2017
The project was initiated in the Fall of 2016 as a 4thyear capstone design project for a group of five engineering students, under the supervision of their professor, Scott Bucking. That summer in 2016, he recruited a 3rdyear architecture student to help begin the design process by creating drawings and a model of the massing and programming of the house. Special attention was given to the constraints of the trailer and the Ontario Highway Traffic Act, RSO 1990, in the preliminary and final designs. The team took these concepts and went through a number of design iterations to come up with the final architectural design, structural design, building enclosure, passive design, water system, renewable energy system, heating system, and ventilation system. Cost analysis and feasibility study were produced as well as analysis results and calculations. 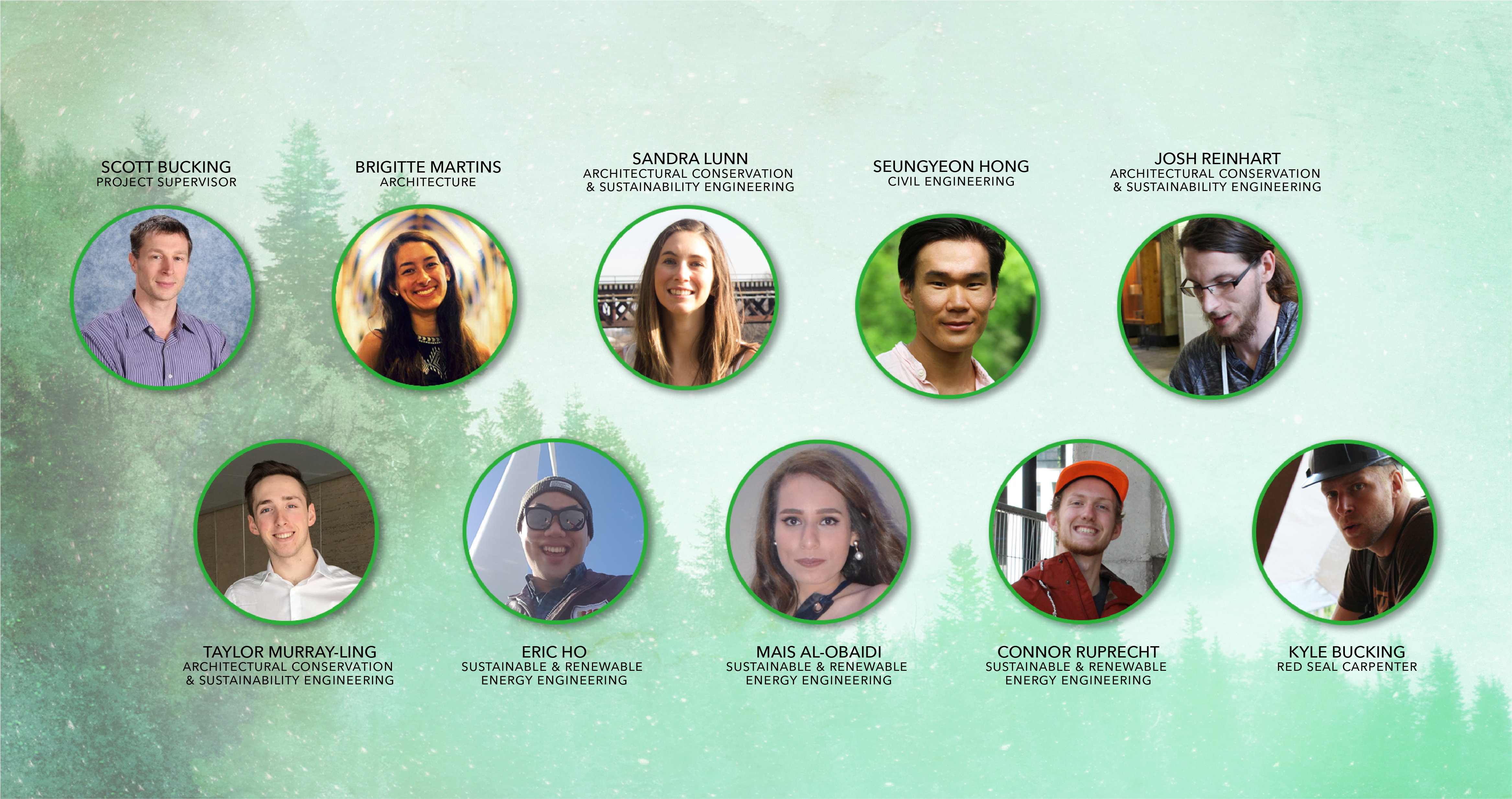 Summer 2017
The winter semester finished at Carleton and it was time to make the project actually happen. While most of the original team went on their own paths after graduation, Sandra stayed to become part of the new crew. Scott recruited more talents to create a glorious team of eight students from various disciplines – architecture, architectural engineering, sustainable renewable energy engineering, civil engineering – and a red-seal carpenter Kyle to help fill in the voids with physical construction knowledge and techniques. We first focussed on finishing up the design – the roof footprint was revised to cantilever beyond the trailer footprint to accommodate more solar panels, hence a supporting wooden arch was crafted. Transformative interior spaces were imagined, including the lofted bed that could slide out of the way to create more space in the kitchen or the living room. The first half of the summer was spent finalizing the design, securing donations and sponsors, and ultimately preparing for construction. Within the span of the last six weeks of the summer break, the majority of construction took place: the trailer bed arrived on campus, walls were erected and sheathed, rafters were cut, vacuum insulation panels were installed and spray foam insulation was applied. The house was then wrapped in an air barrier, waterproofing touches were applied and windows and doors were placed. The exterior cedar siding was burnt with a roofing torch and then brushed over with nylon and then a metal brush to give it the distinct texture – an ancient Japanese technique called Shou Sugi-ban. 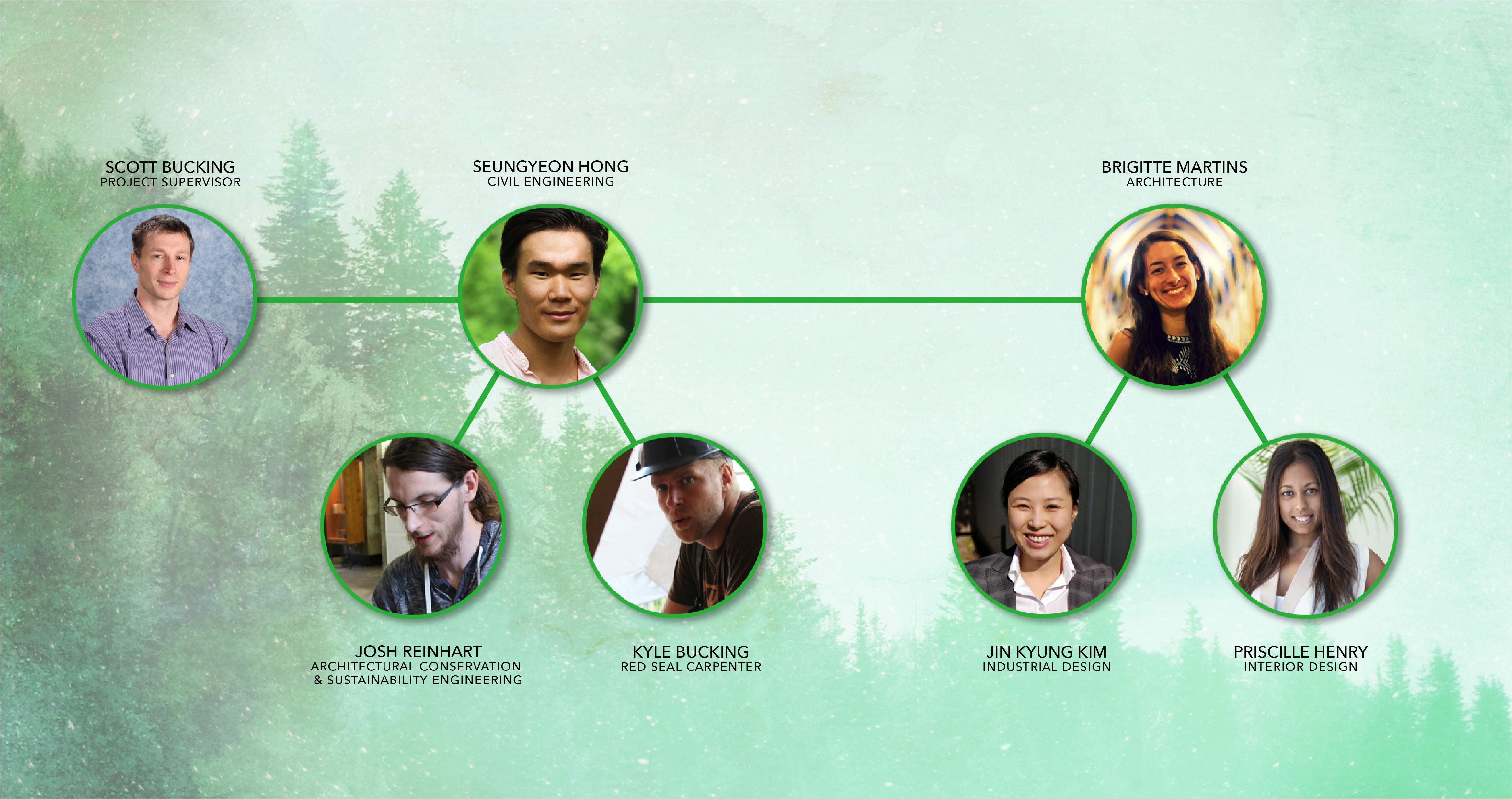 Fall 2017 – Winter 2018
When the summer was over everyone, had to go back to their full-time studies, except for Seungyeon, who had the fall to work on Nomad until his Master’s degree would start in the following winter. In that fall, the house was carefully sealed for air leakage to achieve a near passive-house air infiltration rate. Our 900L water storage tanks were installed and the majority of the plumbing was completed, the heat pump was installed, and with Kyle’s help, the Nomad’s interior pine board finish was installed. The Nomad was slowly transforming from a bare bones structure into a cozy home. The red-seal electrician and architectural engineering student Josh continued his dedication for the project along with his full time studies, making electrical progress along with other aspects of construction and reflecting design and layout changes to the wiring scheme. This was also the time industrial designer Jin and interior designer Priscille began their involvement with the project. 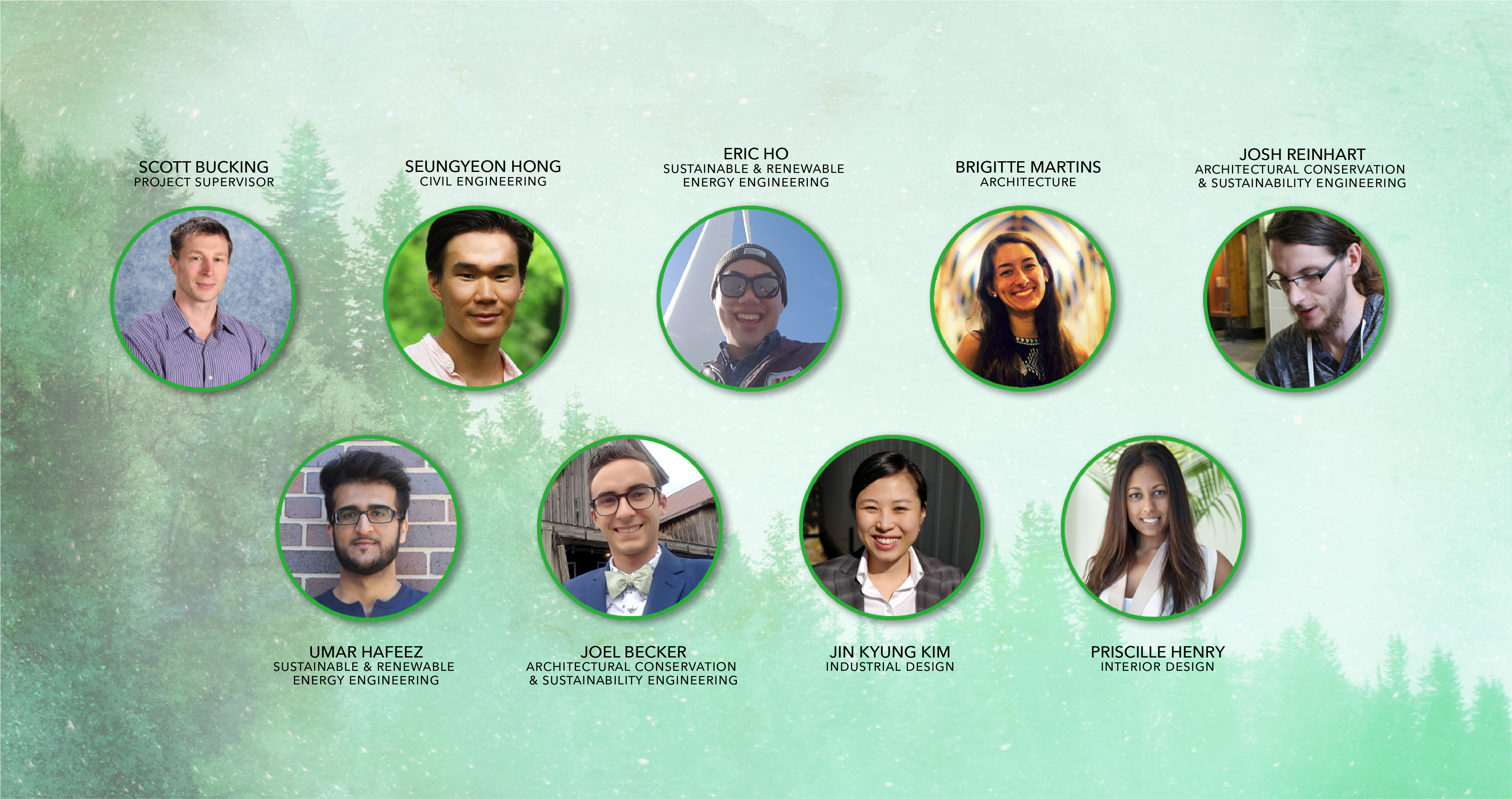 Summer 2018
In the summer of 2018 many of the core Nomad crew continued from the previous year, with some added help in specialized areas, like water and the roof. The project was truly student-led at this point, where the team took charge of construction, design decisions, weekly meetings, budgeting, inspection, partnership procurement, media, etc. Interior furniture to maximize the living room’s flexibility was carefully designed after comparing a number of alternatives, and finishing products were chosen to brighten and enlarge the feel of the space. The sliding bed rails were installed and the loft structure was constructed with steel framing. Our electrical equipment also arrived on site, including on-off grid solar panel inverter, charge controllers, and a power distribution panel. Installation of electrical equipment required imaginative solutions as the building electrical code dictated certain clearance for each equipment while the small interior of the house and the variability of interior setup prohibited a common approach. In June the house passed the first stage of electrical inspection and was allowed to be energized.

As the home nears completion, there is still history left to write! Stay tuned for information regarding a public open house, coming this summer!